Why? Because we love paddling and exploring the natural world. We are fulfilled by sharing these joys with people. Our guides have a cumulative total of over 85 years of experience guiding in the Park, with some individuals having been sharing the experience and living their dream this way for over 20 years. No other company comes close!

We believe all people should be treated fairly, from involving participants in decision-making, to paying staff well, to investing in the personal development of our guides. We believe that supporting each other in our work is a more fun and effective way to do it, and we feel proud of a job well done. 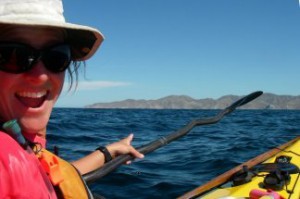 After nearly a decade of guiding big-group, no experience necessary trips in the Loreto area (which is mostly about cooking), Ginni decided it was worth the risk to offer something different, and started SKBM.

Through the years of guiding in Baja, Ginni has taken great interest in learning about desert plants, marine biology, geology, and the night sky. She thoroughly enjoys sharing these with people.

Ginni also founded the Columbia River Kayaking cooperative in Washington, created Slow Boat Farm on Puget Island in the Columbia River, and organized the annual Lower Columbia Kayak Roundup for 5 years. She has traveled to Australia, Chile, New Zealand, Wales, Canada, Tahiti, throughout the US, and of course Mexico to guide and coach. She is certified by the British Canoeing as a 5* Advanced Sea Leader, a Sea Leader Course Provider, and a Coach Tutor, and by the ACA as Level 5 Coastal Instructor.

Remote paddling destinations without bears, bugs, or ice intrigue her. Personal adventures include a solo to Isla Catalana, the most remote island in the Loreto National Marine park, renowned for its endemic rattleless rattlesnakes, of which she saw none. In 2012-2013 she sailed across the South Pacific with Captain Henrick, in a 36′ steel monohull called Misty. They had kayaks on board, of course. She paddled solo across the Gulf of California in 2020, a journey whose final 55nm from Isla Tortugas to the Sonora coast she completed in 18 hours.

Ginni’s motivating vision in Sea Kayak Baja Mexico is to create a self-sustaining community of paddlesports professionals in Loreto who will train and mentor future generations of paddlers, guides, and coaches.

Ginni built two wooden boats, Pygmy Boats’ Arctic Tern and Arctic Tern 14. She has been featured in the original “This is the Sea” video and in several magazine articles. She writes regularly for Ocean Paddler Magazine, and makes occasional entires in a personal blog called kayaktravel. Her current writing project is a guidebook for the National Marine Park of Loreto. She is also a breast cancer survivor who wants to give hope to others undergoing that journey.

Marcos lives in the middle of the Baja California Peninsula and splits his time between fishing on the Pacific side and guiding out of Loreto. A strong paddler and seasoned leader, he led kayak trips in the Loreto area for 16 years before joining our team. Marcos holds his British Canoeing 4-star Sea Leader and UKCC Coach Level 1 certifications. Friendly, mellow, funny, and resourceful, he has a love for the sea and its creatures. A deep knowledge of how to coax food from the sea and a myriad of ways to make it taste delicious are among the many talents he brings to the Sea Kayak Baja Mexico team.

Marcos is a keen observer and is usually the first to spot whales and changes in the weather. His sharp eye and joy in helping people also make him an effective and much-appreciated coach. 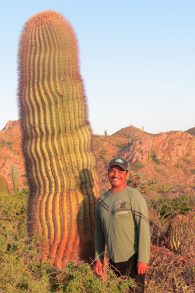 Ramon grew up beside the San Isidro lagoon in the Sierra la Giganta mountains inland from Loreto. He interned with Sea Kayak Baja Mexico in 2011 while in university, and has become invaluable to us as a man who can do it all: lead trips, fix kayaks, staff the store, drive shuttles, and charm just about anyone. He has his British Canoeing 4-star Sea Leader and UKCC Coach Level 1 certifications. Ramon has an impish sense of humor and a contagious giggle, and a calm way of noticing everything.

Ramon is developing cultural tours to his hometown, highlighting the rustic way of life. Tortillas are handmade, sugar is boiled from canes and poured into molds that resemble the iconic El Pilon mountain that overlooks the lagoon. Ramon is certified as a guide by the Federal Tourist Board known as SECTUR. 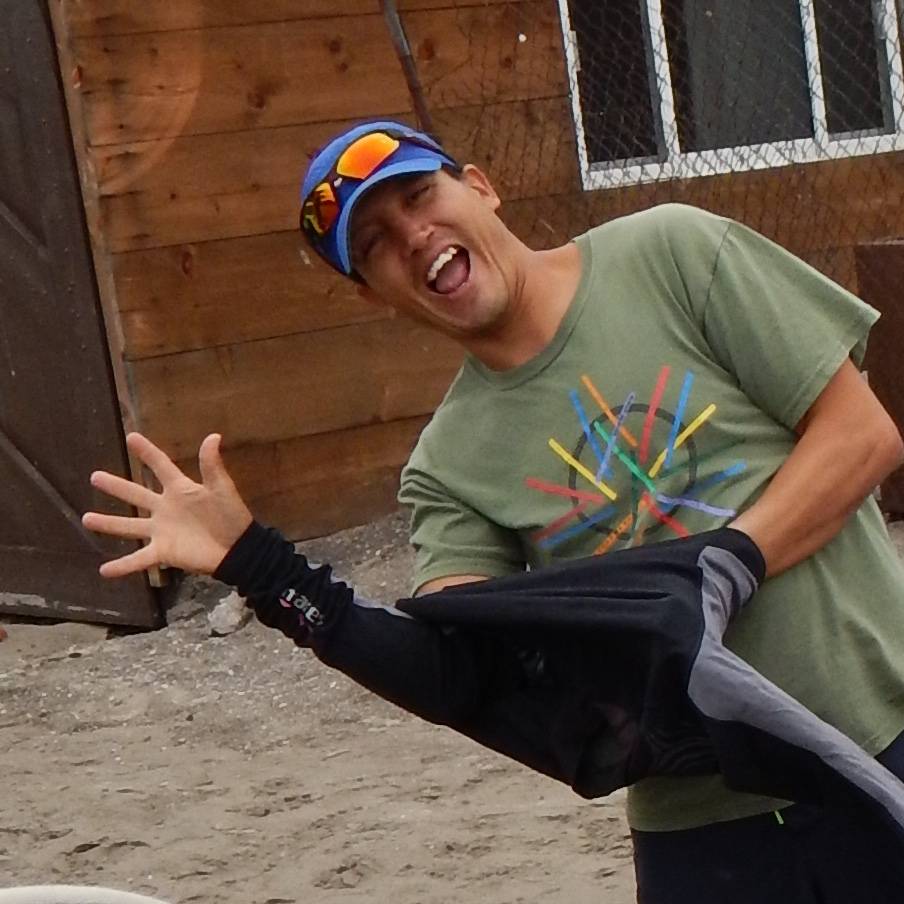 Edgar loves the sea. In addition to guiding kayak trips, Edgar works as a PADI Scuba instructor and Divemaster on live-aboard yachts in prime dive locations around Baja. He’s an enthusiastic Greenland roller, and has paddled almost the entire length of the Gulf of California. Edgar likes to put food on the camp table by free-diving with his Hawaiian sling, and is remarkably adept at it. He has a gentle way about him, and a delightfully silly sense of humor. Edgar’s long-term dream is to run a kayaking and scuba school in Baja. He earned his British Canoeing 4-star sea leader award and his UKCC Coach Level 1 in 2016, after several years of guiding in the Loreto area. 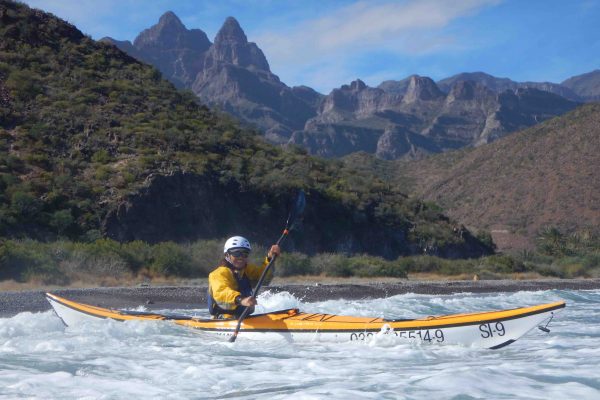 Enthusiastic, energetic, creative, and fun, Maria is a genuine Baja gal! She grew up on the shores of San Ignacio Lagoon in central Baja, home of the famous friendly gray whales, and has been sharing her love of the outdoors with people ever since. She has paddled most of the length of the Gulf of California. Maria holds her UKCC Coach Level 1 certification. In the summer, Maria works as a scuba dive-master and dive instructor. 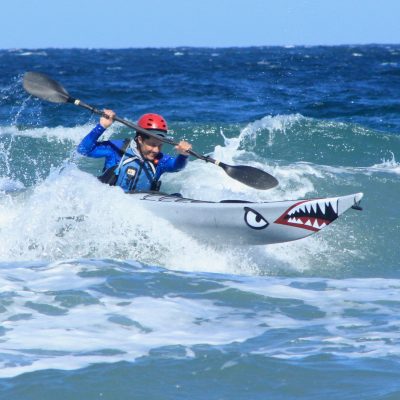 Since coming to Baja in the fall of 2018, Jorge has introduced dozens of Loreto residents to paddlesports through the free classes offered by our Club, has mastered fiberglass repair, and developed a serious addiction to surfing sea kayaks. He manages our store and guides both day trips and expeditions. When he’s off the clock, you’ll probably see him paddling over the horizon by moonlight, or cruising the waterfront with a fishing rod at sunrise. He loves the outdoors, nature, fishing, and extreme sports. You’ll see that twinkle come to his eye when he’s just accomplished something challenging. 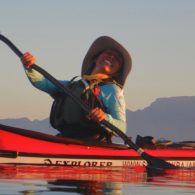 Izaura is one of a kind! Her genuine friendliness and sense of adventure draw people in. She tends the store, answers your emails, guides day trips, lifts our spirits with her laugh, and shuttle kayak carts back from beach rentals with her trusty tricycle-taxi She is also beginning her career as an expedition guide.

Jano hails from Jalisco where he worked as a volcano hiking guide before moving to Baja in 2017. Versatile and creative, Jano started in our store, worked a day trip guide, and moved rapidly up to expedition leader and coach. Jano is always ready with a smile and a laugh! He aims to use adventure sports to make positive change in local communities and the planet. 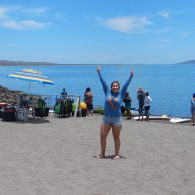 Upbeat, organized, and energetic Cristy joined our team in 2021 and we are thrilled. She came to Loreto from Monterrey with her husband who is a local dentist and enthusiastic member of our paddling club. If you call or email, Cristy is likely to be the friendly person you connect with. You’ll understand right away why we count ourselves lucky to have her on the team!

Hector came to us through our paddling club and is helpful with everything! From moving gear to the beach, to fixing things, to managing the warehouse, Hector is an all-around asset, with a delightfully positive attitude! 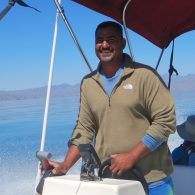 Born and raised in Ensenada Blanca, just south of Loreto, Samberto is as local as they get. He grew up in a fishing family which instilled in him an intimate knowledge and deep affection for the sea. Samberto is friendly, hard-working, aware, and fun. He also has the cleanest and best-maintained panga (motorboat) anywhere!

German (pronounced her-MON) has a quiet, peaceful way of observing everything and being there when you need him. He drives the panga for many of our day trips, resupply runs, and supported expeditions. 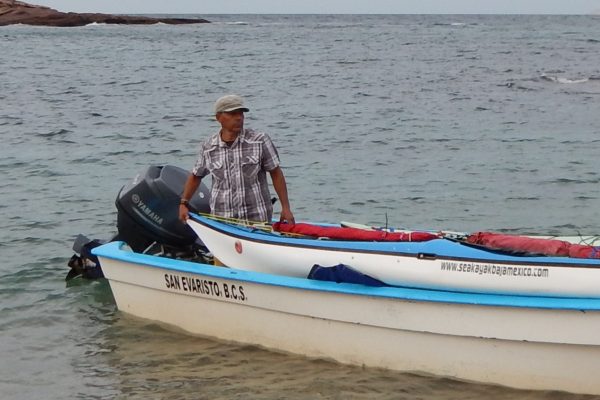 If you do a Loreto to La Paz or Isla San Jose trip, you will get to meet Lupe Sierra. He lives in the remote village of San Evaristo where he runs a one-table restaurant serving very local, very fresh fish. He also runs our resupply food to us in his panga (motorboat) and provides a safety resource for our trips. Lupe is one of the most conscientious, hard working, and genuinely caring people you’ll find, and we’re thankful for his services. 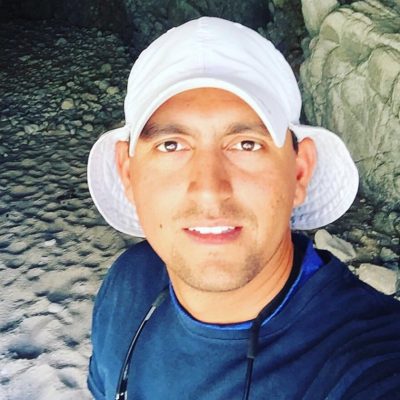 Jose is Lupe’s son. He lives in La Paz where he does the shopping for our La Paz area resupplies and drives the horrible 3-hour dirt road to San Evaristo so Lupe can bring us the resupplies. In reliability, Jose is rock solid. Running trips that are remote from our Loreto base is challenging, and we count ourselves tremendously fortunate to work with the Sierra family. 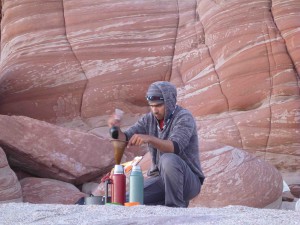 When Sea Kayak Baja Mexico grew to need a second guide, Santiago was the first one Ginni hired. Santiago was the first Mexican to achieve the BCU 5-star Sea Leader award. He can juggle while standing in a kayak. His sense of humor complements his many talents and makes him an internationally popular guide and coach. Santiago has moved to Canada, married, and had a son. He founded and runs Kayak Latins du Nord with his French-Canadian wife Patricia. They offer multi-lingual trips in the whale-rich Saguenay Fjord, and the Mingan Archipelago. Through his company, Santiago occasionally brings groups from Canada to join us in Mexico, bringing it back full circle. 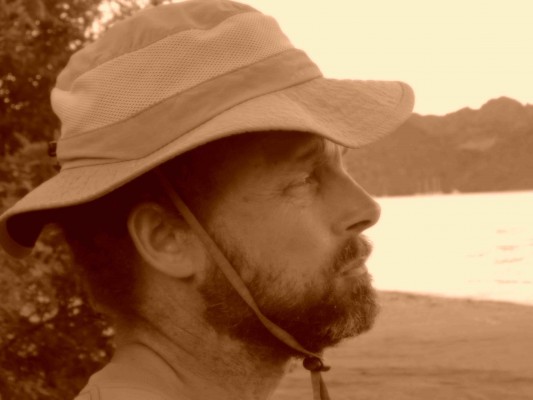 Andrew is a respected and passionate naturalist, musician, farmer, and kayak guide. He has guided kayak trips in western Washington state since 1998, originally for Skamokawa Center, and later with the Columbia River Kayaking cooperative, of which he is a co-owner.
Andrew brings a depth of knowledge of birds and other creatures. A spotting scope and a travel guitar are always in his luggage when he comes to Baja. He holds a Masters degree in Environmental Education, and has been instrumental in our Natural History of Baja trips since 2015. Vocal, too. 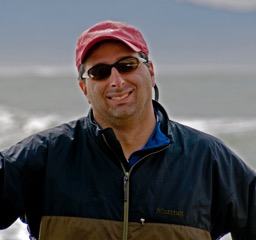 Neil Schulman is a photographer, photography instructor, writer, conservationist, and sea kayaker who started paddling in Maine and eastern Canada about the time of Watergate, although he was barely tall enough to see over the gunnel of the aluminum Grumman he was in at the time. He started whitewater kayaking in a Perception Dancer in the Northwest and eastern Scotland in the late 1980s before plunging into sea kayaking. His photography and writing clients include Adventure Kayak, Leatherman, The Clymb, Stansport, Lower Columbia Estuary Partnership, Willamette Restoration Initiative, and others in the outdoors and conservation sectors. His images were used in the campaign to protect Oregon Wilderness that was signed into law by President Obama in 2009. You can see his writing and photography at neilschulman.com. In his “other career”, he does environmental work, and co-founded the Confluence Environmental Center, which builds future environmental leaders in his home state of Oregon. He likes just about anything that involves a boat, water, wild places, dramatic light, laughter, coffee, and corny jokes: one of his favorite books is Ernest Hemmingway’s The Pun Also Rises. 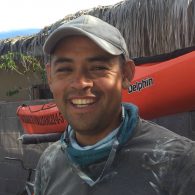 Eder has profound insights and a depth of skill in group management and communication which support his work as both a guide and a business coach. SKBM has benefitted from the range of his expertise. Eder also holds BCU 4-star Sea Leader and UKCC Coach Level 1 certifications. He is an inspired athlete as well, and the only person I’ve ever heard of to have completed a circumnavigation of Isla del Carmen (about 70nm) in less than 24 hours.

Engage Eder in coaching kayak skills or discussing life philosophy and you will come away enriched. He also has a sweet sense of humor and a genuine heart for people. You’ll see!