Click here to load this Caspio Online Database.
Get the best of both worlds by exploring Isla Danzante for a couple of days in the National Marine Park, then cruise down the roadless Sierra la Giganta coastline for a few days to the ranch establishment of San Cosme. This coast features some impressive hiking and a hot spring if the tide is right.

The view of the sun picking favorites in the tops of the mountains as the day gets long is a beckoning call to explore the wild coastline. And the view looking back to the Loreto Islands is sweet from the coast!

Head down the coast, past the three sea stacks called the Candeleros, where sea birds roost. The coast has more fascinating geology and layers of mountains behind it. We’ll do some hiking into the mountains, and explore. If you’re ambitious enough, you just may reach the pools of water deep in the canyon.

There are areas of terrific snorkeling and good fishing here too, and some offshore islands to tempt you. Take out at either San Cosme or Agua Verde and fasten your seat belts for a truly Baja driving adventure on your way up the mountains and back to Loreto.

Because this route is exposed to the north, take note that the windier months of December through early March could have some bumpy seas and modest surf landings for a Primer. However, the distances average around 7nm a day, so the paddling is not quite up to Builder distances. If it’s calm you seek, we recommend this route for the months of October, early November, late March, April and May. 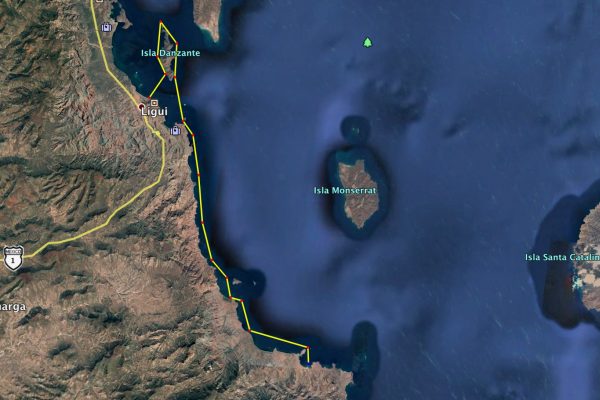 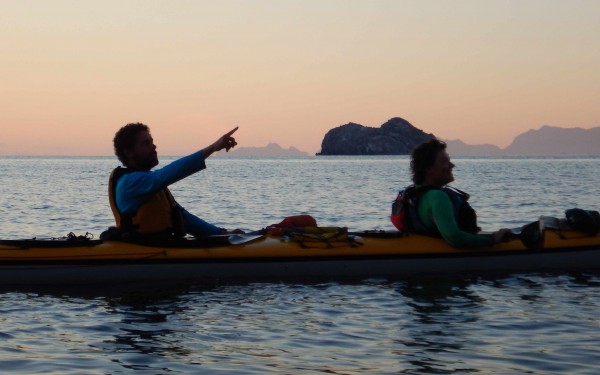