As Loreto was growing in the 1990s, several local citizens became concerned about the stress on the natural resources.

Having seen fisheries along mainland Mexico fail under the pressure of tourism and development, they petitioned the federal government to grant them a tool for the local management of resources for sustainability. After 3 years of petitions, the Loreto National Marine Park was created on July 19, 1996, encompassing 206,580 hectares (790 sq miles) of sea and islands, including Coronados, Del Carmen, Donzante, Monserrate, Catalana and 10 islets.

The park began with no staff, no vehicle, no office, no boat, and no budget. Donations initially got it off the ground. The PNBL has since become a force for long-term sustainability with the strength of the federal government behind it.

After more than 10 years of work, the Park’s Management Plan was finally approved by the federal government in 2019. Restrictions on fishing and other uses are decided in conjunction with local research groups such as GEA, whose director Fernando Arcas was instrumental in the formation of the park. Carrying capacity of beaches and other camping-related concerns were decided in conjunction with long-time kayak guides. You can see the map of allowed uses here: Map of Loreto Park Uses.

Not only is the park a local success story, it is an inspiration and an example. National marine parks in Los Frailes and Bahia de los Angeles were created by citizen request following Loreto’s foosteps.

Upwellings and wind-driven currents pull up the rich nutrients of the sea, and the sun inspires rapid growth, but it doesn’t stop there. The desert has it’s own show. Flowering plants, cacti, marine fossils, volcanic layers of ash and breccia, faults, uplifts and intrusions.

Since the formation of the Loreto National Marine Park, the area was named a Ramsar wetland of international importance in 2004, and UNESCO recognized these islands and all the islands in the Gulf of California (Sea of Cortez) in 2005 as a World Heritage site.

Put it on your bucket list to visit this amazing place! You’ll be coming back for refills.

Working for Sustainability in Loreto

Working for
Sustainability in Loreto 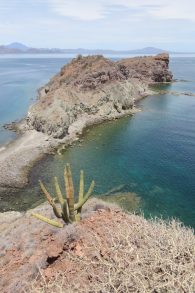 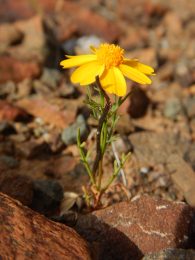 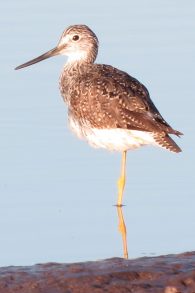 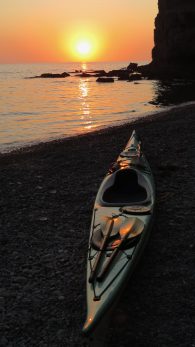 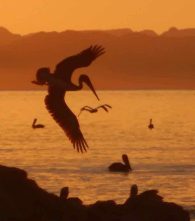