A journey for the curious

After a wildly successful and fun geology trip on the coast with geologists Frank and Connie last season, we dreamed up this exploration of the Loreto Islands. We take time to look, touch, tap, photograph and ask questions. Lively discussions are accessible to the curious lay-person. Not just geology is fair game to be curious about, but birds, lizards, plants, fish or whatever catches our attention. Intersperse this with enjoyable paddling, snorkeling, hiking, and playing in the wind when we get it.

In a 2-part trip, we will investigate all of the islands in the Loreto National Marine Park that we are allowed to. Part 1 circumnavigates Carmen and Danzante in 12 days. This is followed by a full day (2 nights) in Loreto for restocking and relaxation. Part 2 heads out by kayak to Isla Coronados, then hops a motorboat to Isla Monserrate, which is seldom visited by kayak because of its distance from the shore.

Monserrate has patches of colorful conglomerate rocks on its east side. Its center and west are dominated by inter-glacial marine terraces. A 2-mile wide yellow sand beach spans its north coast, eroding out of the yellow cliffs behind it.

Also on Part 2, we may have the privileged opportunity to investigate Isla Santa Catalina, the most remote in the Loreto National Marine Park. Access is prohibited to anyone without a research permit. We would like to investigate something useful for the Park to learn about its geology. If we don’t end up with the permission, the coast is a terrific backup plan. Starting from the San Cosme hot springs, we will work our way north through a section with crazy volcanic dikes and a deep canyon to hike.

Connie and Frank are retired geologists introduced to us by Connie’s brother who paddles with us a lot. They love to share their common interest with others in their lighthearted and welcoming way.

Read Ginni’s story about the Loreto to La Paz Geology trip of February 2020 in Ocean Paddler Magazine. OP’s issue 57 will be published only in electronic format and will be free. 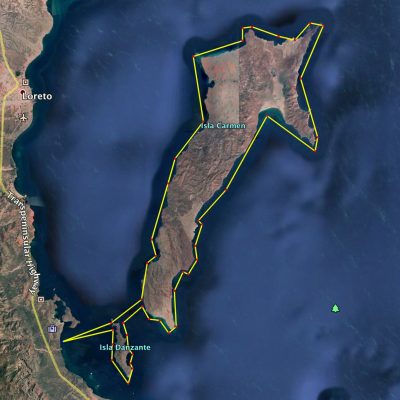 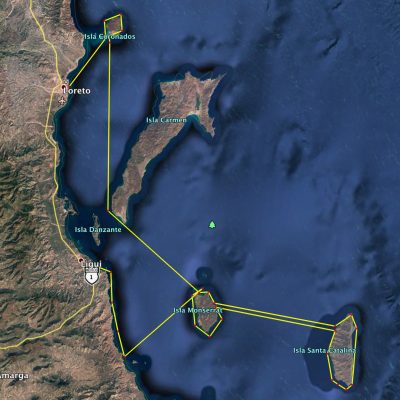 Prices per person
Meals and lodging in Loreto between programs not included. 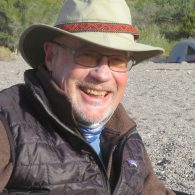 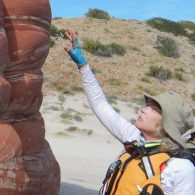 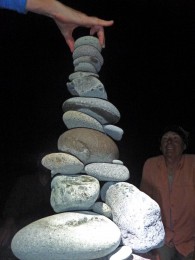