Combine a passion for kayaking with a chance to see some of the ocean’s bounty. One third of the world’s species of sea mammals visit the Sea of Cortez, according to the UNESCO in the World Heritage listing for Mexico’s Gulf and Islands. Blue whales, Fins, and Humpbacks feed in the Loreto area, typically between late December and early March.

The paddling isn’t too shabby, either. A sea cave here and there, some rocky coastlines to weave carefully through. Warm-ish water for rolling and playing with rescues. When you get wind, it’s a perfect opportunity to build more dynamic-water skills. When you don’t, you’ll enjoy areas of postcard turquoise water, framed by mountains, and animated with wildlife.

It’s not just about whales, dolphins, and sea lions; many other creatures call this place home as well. Have you ever seen a mobula leap into the air? It’s a kind of ray that likes to do belly-flops. How about a yellow-legged gull? They’re endemic. Or a blue-footed booby, which live only here and in the Galapagos. Tiny red-legged hermit crabs cruise around cleaning up tide-pools. Exciting discoveries reward the curious.

The Loreto Islands Builder has a similar route to the Loreto Islands Primer, but we will paddle in windier weather and push a little further on a Builder. Between December and early March the chance of wind is greater, so that’s your opportunity to build your sea paddling skills! Your reward? Whales! It’s this wind that stirs the waters of the Gulf and brings up nutrients, supporting the food chain, which draws the whales.

Join us on a Loreto Islands Builder to develop your skills in a beautiful place with unique wildlife on a trip that fits into a week’s vacation. 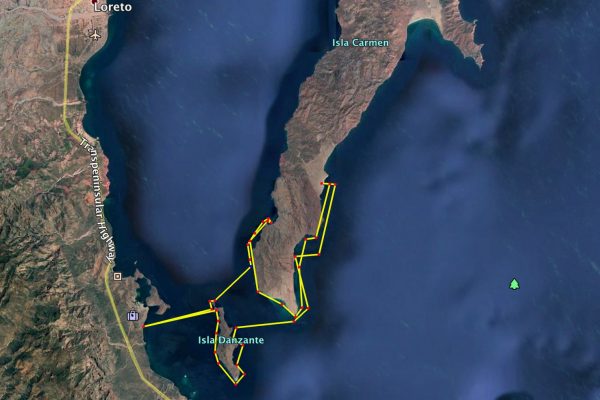 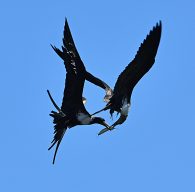